Here are a few of some of my favourite moments in 2015:

I thought 2014 was an amazing traveling year (I wound up halfway around the world on the opposite hemisphere!), but 2015 was just as fun. I enjoyed being part of a Vietnamese tea ceremony and partaking in my favorite Singaporean libations. I loved drinking through London, Paris, Sancerre, and Amsterdam. It was also a blast to end the year with a trip to Napa. 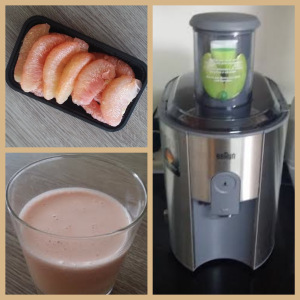 Sharing my discoveries on health benefits of different beverages (juicing, chia, tea, etc.) was a rewarding experience. If you meet me in person, I’m far from being an Adriana Lima (I always use her as my ideal body peg because man, she’s healthy and sexy), but I’ve been consistently happy with my yearly checkups… I just have to be more mindful about the stuff I eat with wine (eheh). 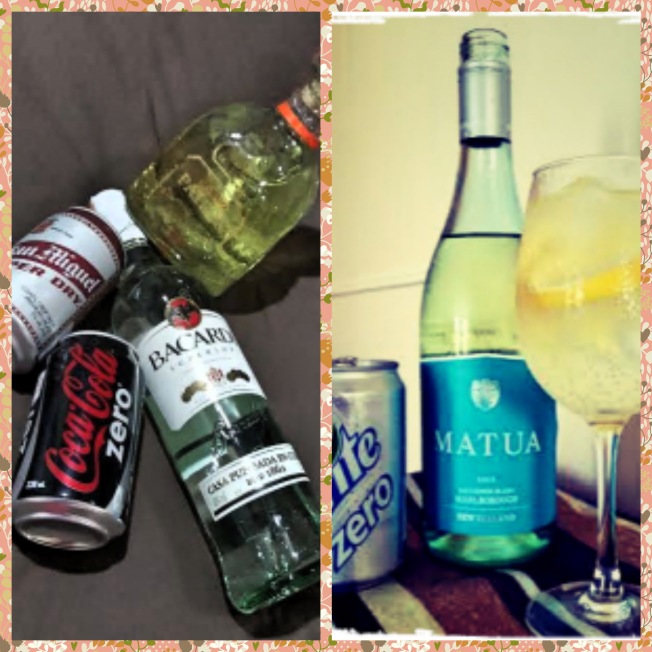 Titas Drinking Spritzers for Lunch (How The Mighty Have Fallen)

Some of my favourite articles included chronicling a wino friend’s pregnancy and looking back on the drinking habits of our youth. Chad, the rest of our family (I’m still eternally grateful for the surprise trip to Napa), and our spectacular friends have been loving and supportive (even drinking with me and sharing their discoveries, all in the name of beverage research of course) throughout 2015. 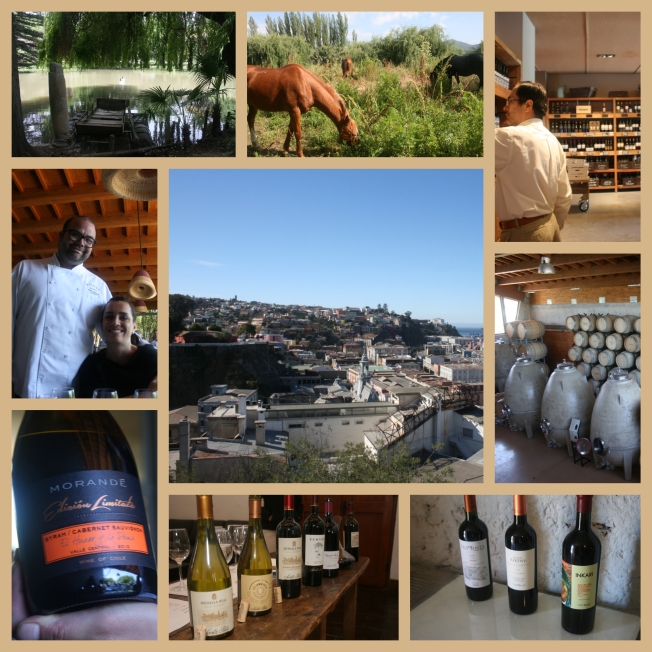 Checked One Thing on my Bucket List: A Visit to Concha Y Toro!

My First Foray Into Becoming a Legit Non-Writer Writer 😉

Narrating my Chilean wine adventures throughout 2015 was marvelous. To this day, I still can’t get over the beautiful sights, wonderful people, and phenomenal wines of Chile. The icing on this cake was the Lifestyle Asia article about the trip (OMG I’m a legit non-writer writer now!)… It was fabulous to share my experience with so many people. 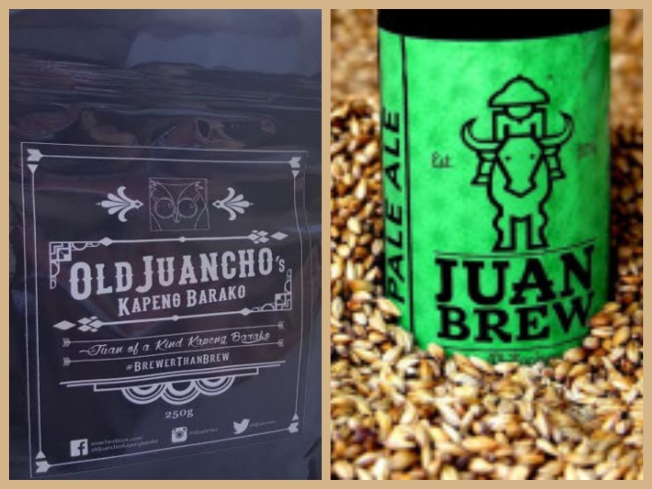 The Beginning of a Fantastic Pinoy Adventure!

The epiphany I had in looking in my own backyard for beverage inspiration has led to many adventures (from coffee to craft beer and everything in between). I’m not done writing about them, and I’m excited to talk about even more truly Filipino drinks (and explorations) to the world.

That being said let me do something quintessentially “new year” with you, my dear readers, by toasting with a glass of Champagne. This bottle of Ville de la Reine is a creamy blanc de blancs (translation: made from 100% Chardonnay grapes) perfect for toasting as the clock strikes 12, or with tasty hors d’oeuvres.

One of the things people know about me is my extreme geek side. I am a history buff, a beverage nerd… And I can talk to anyone about certain fandoms for hours… Marvel Superheroes, Jane Austen, Downton Abbey, and of course, Harry Potter.

Chad knew I love the Harry Potter series (I’ve watched and re-watched the films, read and reread the books, dreamt of what butterbeer tastes like, and was among the multitudes who got disappointed with the way Chamber of Secrets was translated into film), which is why, as a birthday present, he decided to get us tickets to the Harry Potter Studio Tour. 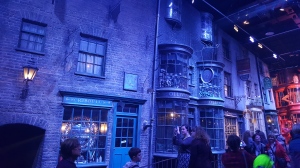 A fair WARNING to those seeking to go on the London Harry Potter Tour: #SPOILERALERT!!!

Halfway through the tour is this cafeteria that serves several unhealthy food items (burgers, hotdogs, etc). I was willing to skip it until I saw what I’ve been looking for: BUTTERBEER!!!

After I posted it on my personal account, tons of friends started asking me what it tasted like. Is it alcoholic? Does it taste like beer? What is it? 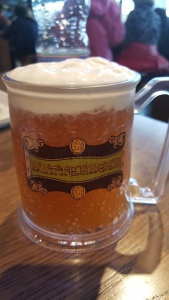 I apologize for having even more #spoliers, but… It’s cream soda. It’s very similar to the old Coca-Cola cream soda (I’m not too sure if they still produce it, but I’m positive I had some when I was a kid) FLOAT. The vanilla ice cream on top of it was deliciously thick and creamy.

Taking a bit of inspiration from Peter Ackroyd’s documentary about London, I decided to start off this article by talking about fire. I normally refrain from using something seemingly negative to begin an article, but I realized… The thing about modern-day London is that it has an undeniable relationship with fire. As Ackroyd mentioned, London seems to get stronger every time it burns.

Strong as it is today, much of modern-day London is the way it is because of the Great Fire of 1666, which leveled 4/5 of the city. In this regard, despite London being an ancient metropolis, it is almost impossible to find places that are authentically pre-1666. 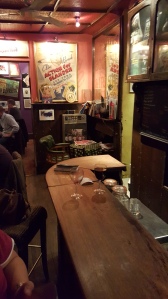 Eccentric interiors of The Seven Stars

During our trip, however, we were incredibly fortunate to find one of the few pubs that were spared during the Great Fire, The Seven Stars (Holborn). Quaint, eccentric, and teeming with lawyers, this pub is officially listed as a historical institution (it dates back to 1602). Like a true London local, I decided to have a pint of beer. The Bitburger Ale I had was big, crisp, and perfect while basking in the ancient ambiance.

As I’ve said, 4/5 of London had to be rebuilt. One of the pubs we went to did just that: Ye Olde Cheshire Cheese (Fleet Street). Initially built in 1538, this pub is legendary for having catered to literary greats: Oliver Goldsmith, Mark Twain, Alfred Tennyson, Sir Arthur Conan Doyle, Charles Dickens (although he did have a reputation for frequenting a TON of London pubs), W. B. Yeats, Ben Johnson… And a parrot named Polly (its death in 1926 was such a big deal, hundreds of newspapers wrote about its passing). The interiors are fascinating… We’ve had to go down three flights of stairs to get to our table. That being said, it was imperative to reward ourselves with yet another pint: A Double Four Lager. Named so because of its double fermentation, this seemingly light beer has interesting malty, herbal notes towards the end. 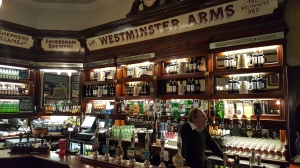 Being a member of the House doesn’t excuse a person from having a pint (or two!)

Indeed, the relationship between pubs and London is so strong that it couldn’t even be taken away from the proximity of the house of parliament. A hop, skip, and a jump away from Westminster Abbey is a pub appropriately named Westminster Arms. Its clients are primarily MPs (it has a “division bell” so that MPs can run back to the House and vote), but given its distance with the Abbey, it’s not unusual to see tourists there.

Starving and in dire need of a pint before church service (yup, I had a beer before going to church), we decided to slip in for bangers and an Oranjeboom.

Our last pub-crawl stop was the Thirsty Bear (Stamford Street). It wasn’t a tourist destination (far away from historical spots and not built with any historical significance), but because #bear. Guests could order from a tablet on the tables.

During the night we were there, rowdy locals were all about the rugby game going on. It was a perfect last stop… And what better way to end it than with a Pilsner Urquell. It had notes of citrus, caramel, and malt.

“Pubs are what we’re good at”, remarked a friend of ours from London. Indeed, they are superb at it, and no visit to London is complete without sampling some of their finest.

What London pubs have you visited? Cheers!